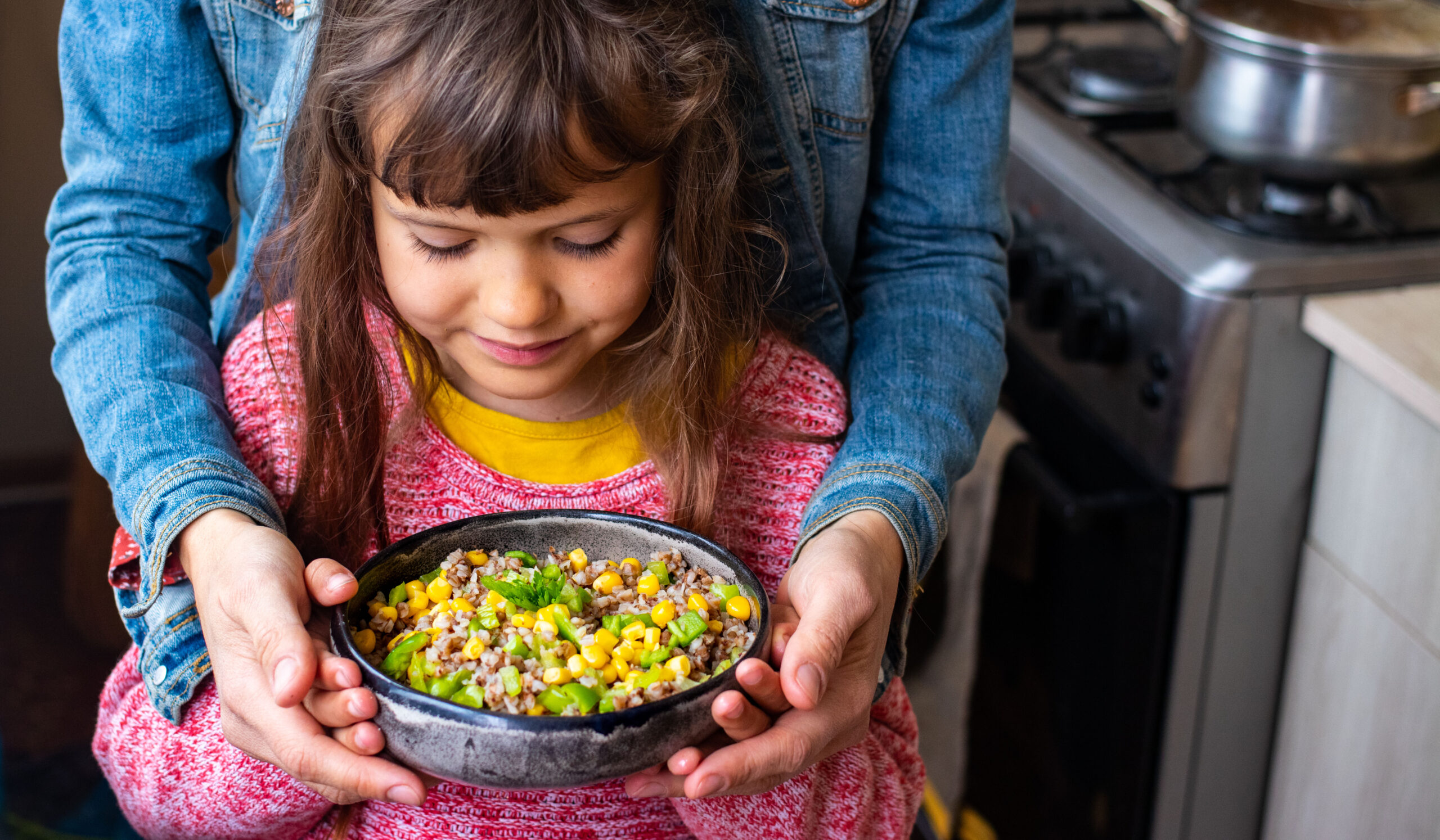 Got a toddler who won’t touch a bean? You may be worried about their protein or amino acid intake, specifically, the amino acid lysine.

Some people claim that plant-based diets may be deficient in lysine because it tends to be lower in plant-based diets and is found mainly in legumes, which – let’s be honest – aren’t always kid’s favorite food!

Here’s what to know about meeting lysine needs on a predominantly or exclusively plant-based diet.

One of the most common misperceptions about plant foods is that they lack one or more of the nine essential amino acids that our bodies need to grow and properly function.

However, this is the evidence-based truth: all whole plant foods contain all nine essential amino acids we need, including lysine. That’s right, even broccoli contains lysine. With this being said, lysine is the least abundant essential amino acid found in plant foods, which is why predominantly and exclusively plant-based individuals may have been advised to focus on their intake.

But is lysine really that hard to come by? How much lysine do kids need? And what are the richest plant sources of lysine for kids? We’re covering all of these questions and more in this post.

Lysine has several important functions in the body. It plays a role in:

WHY ARE PEOPLE CONCERNED ABOUT LYSINE?

The concern about lysine has to do with it being a “limiting amino acid” in a plant-based diet.

Four essential amino acids that may be limited in the diet include lysine and threonine in cereal grains, methionine in legumes, and tryptophan in corn. Because many cultural dietary patterns rely heavily on grains, there is concern that individuals who don’t consume sufficient quantities of lysine-rich foods like legumes are not getting enough lysine. However, these countries often face challenges such as malnutrition, related to deficiencies in total protein intake. In developed countries, like the United States, protein deficiency is rare. 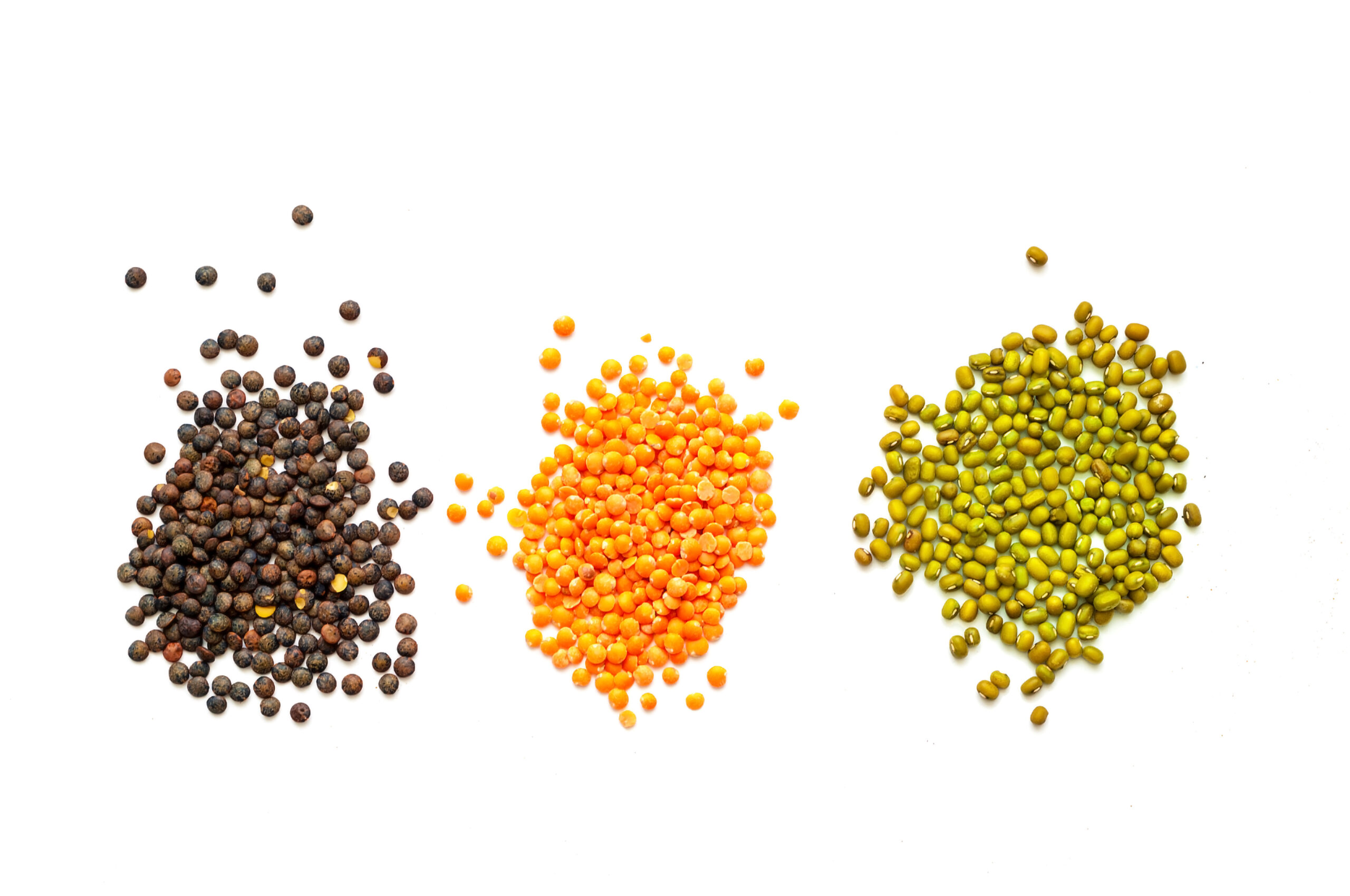 Lysine is found in all whole foods that contain protein. The highest concentration is in animal foods, followed by legumes and grain-based foods.

While animal foods are the primary source of lysine, plant foods like tofu, tempeh, beans, lentils, nuts, seeds, and quinoa are also good sources of lysine. 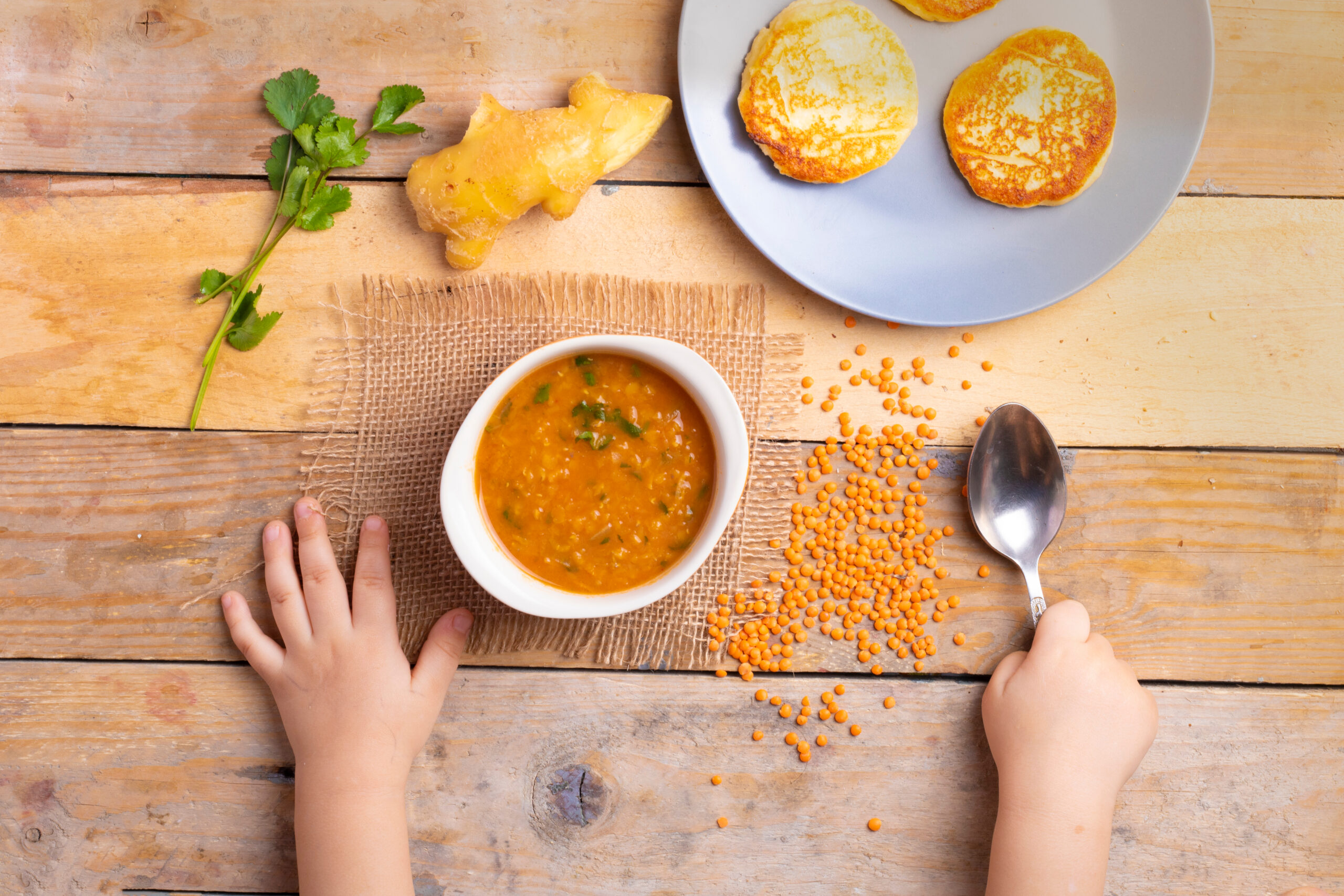 HOW MUCH LYSINE DO KIDS NEED?

The recommended daily amount of lysine for children is:

To determine if plant-based children are getting enough lysine in a typical diet, we created three sample menus and calculated the lysine content, then compared it to the recommended amount of lysine. We tried to keep the menus as similar as possible with the exception of the legumes.

We used Cronometer to analyze the menus and nutritional data was taken from the Nutrition Coordinating Center Food & Nutrient Database (NCCDB) curated by The University of Minnesota.

For this exercise, we used an average 2-year-old, weighing ~26 pounds (~11.8 kg). The daily lysine recommendation for this toddler would be approximately 684 mg of lysine.

We analyzed three sample menus for this hypothetical child: 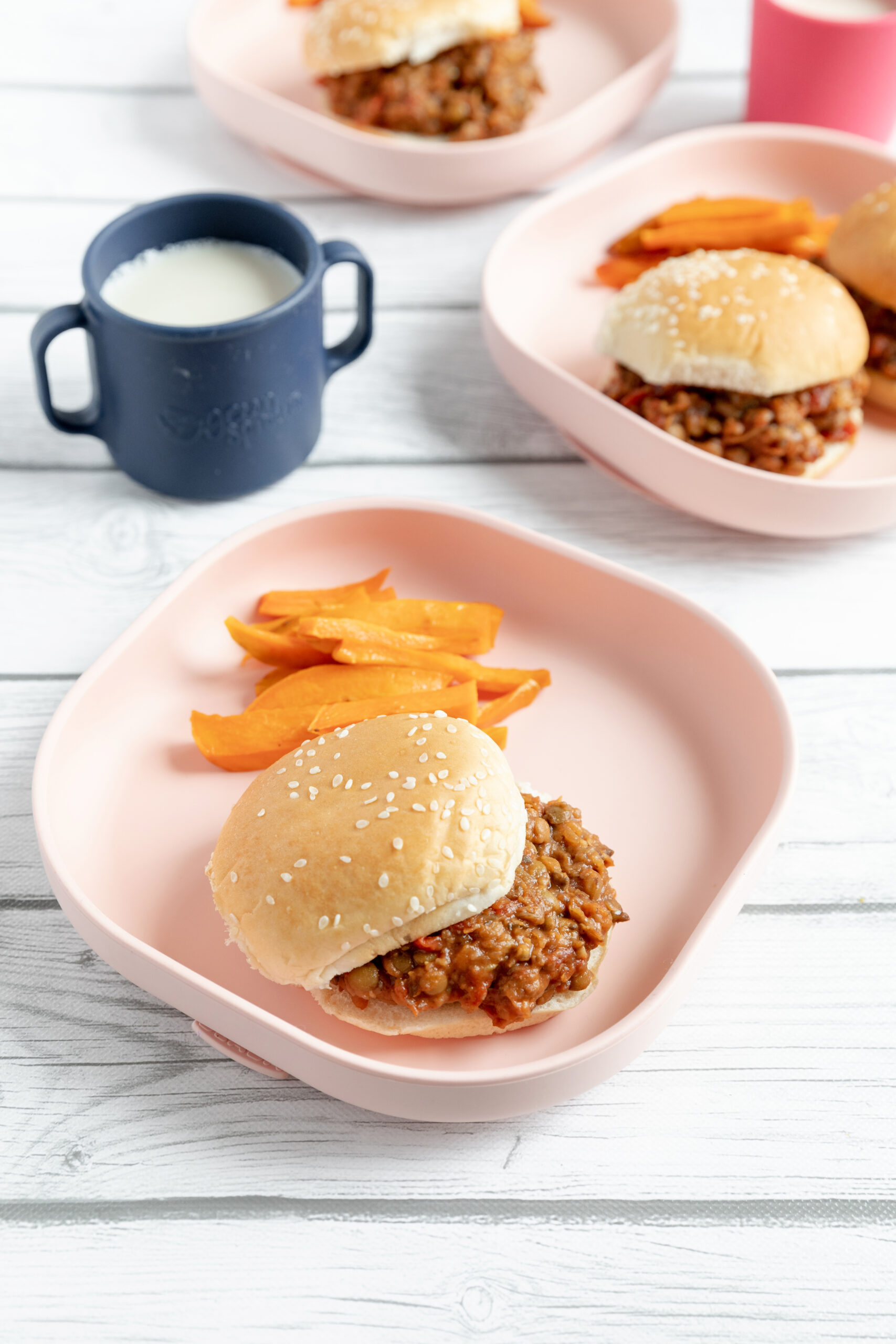 Sample Menus for a 1-3-Year-Old

Menu 2: No Beans with Soy Milk

What did we find?

All three menus (even the one excluding lysine-rich legumes) exceeded both the recommendation for lysine and protein.

The first menu lacked legumes (which contain greater concentrations of lysine compared to grains), yet provided about 1.25 grams or 1250 milligrams of lysine, nearly double the requirement for this child. The second menu did not include beans but did include soy milk (technically in the legume category). It provided approximately 1.75 grams or 1,750 grams of lysine. The final menu contained 2 servings of legumes and soy milk, a common recommendation for plant-based children, and provided about 2.1 grams or 2,100 mg of lysine, more than three times the daily requirement for this child.

After comparing the amount of lysine provided by each menu to the 684 mg daily lysine recommendation for 2-year-old weighing ~26 pounds, it’s clear that lysine needs are not only met but exceeded with all the menus, even the first menu which does not include legumes.

Therefore, even if your little one won’t touch a bean, they will be getting more than enough lysine as long as they are eating enough food and a variety of protein-rich foods. 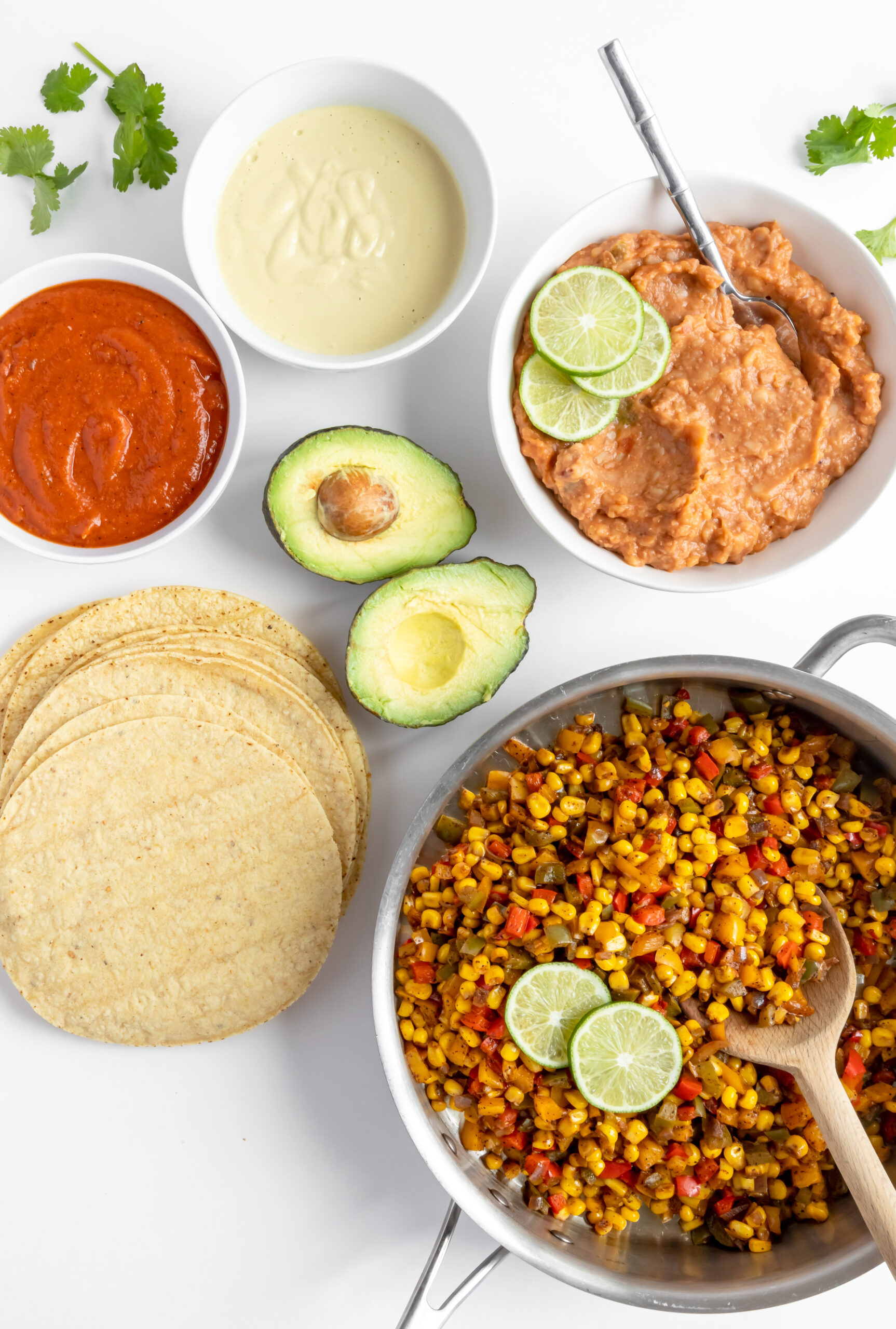 If you didn’t read the entire blog post, that’s okay! Here’s what you need to know:

We love beans – and we hope your child does too! They’re an awesome source of protein, fiber, and minerals for kids and adults. But if you can’t get your kid to eat a legume, it’s ok. As long as your child is eating enough food throughout the day, including protein-rich plant foods such as whole grains, legumes, nuts, and seeds, you don’t have to obsess about “lysine-rich plants!”

Chime-in: Were you concerned about lysine in plant-based diets for kids before reading this post?

If you found this post helpful, we think you should read these too:

*Thank you to our dietetic intern Sydney Navid for writing and researching this post. Sydney is currently a master’s student in dietetics at Columbia University. You can follow Sydney for great recipes and nutrition information on her Instagram channel: @sydneynavid.