Iron is an important mineral that we all need. What exactly does it do for babies, how much iron do babies need, and where can you find it on a plant-based diet? We’ll cover all the bases in this post. 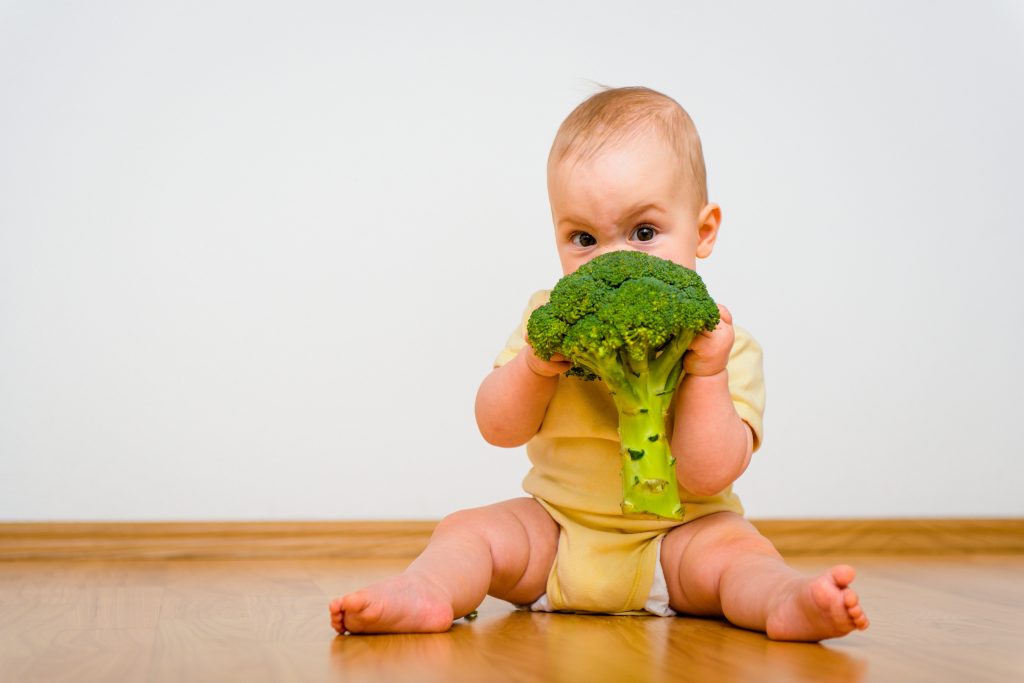 Iron is used to make hemoglobin, a molecule in red blood cells that has a pretty important purpose: moving oxygen throughout the body.

Babies need iron for their brains to develop normally, too.

Research indicates that iron deficiency in infancy can result in longer term issues. So, it’s a good idea to set infants up to maintain adequate iron stores throughout all stages of childhood.

Signs of Iron Deficiency in Babies

If babies don’t get enough iron, they may start showing the following signs of deficiency:

As iron-deficient kids get older, they may continue to develop more slowly and have difficulty concentrating, have a shorter attention span, and have trouble in school.

Babies are born with an iron reserve. They can thank us for that, because they got it from their mama!

This of course also means it’s important for mamas to maintain a healthy iron status throughout pregnancy.

For the first six months of life, babies will get all of the iron they need from breastmilk or iron-fortified infant formula.

What happens after six months? By this time, many babies have already started (or will soon be starting) to eat some solid foods.

Between breast milk, infant formula, and iron-rich foods, babies can continue to meet their iron needs as they begin to wean.

Below are the recommended amounts of iron for babies (both male and female):

Now that we know how much iron babies need, what does that look like in terms of food?

Below are some great iron-rich foods for babies, which can be prepared in various ways to make sure they’re age appropriate.

Incorporate some of the ideas above into your babe’s routine and let him or her decide which ones are the most yummy.

And if you’re ever concerned about your child’s iron status, bring it up with your pediatrician or registered dietitian. 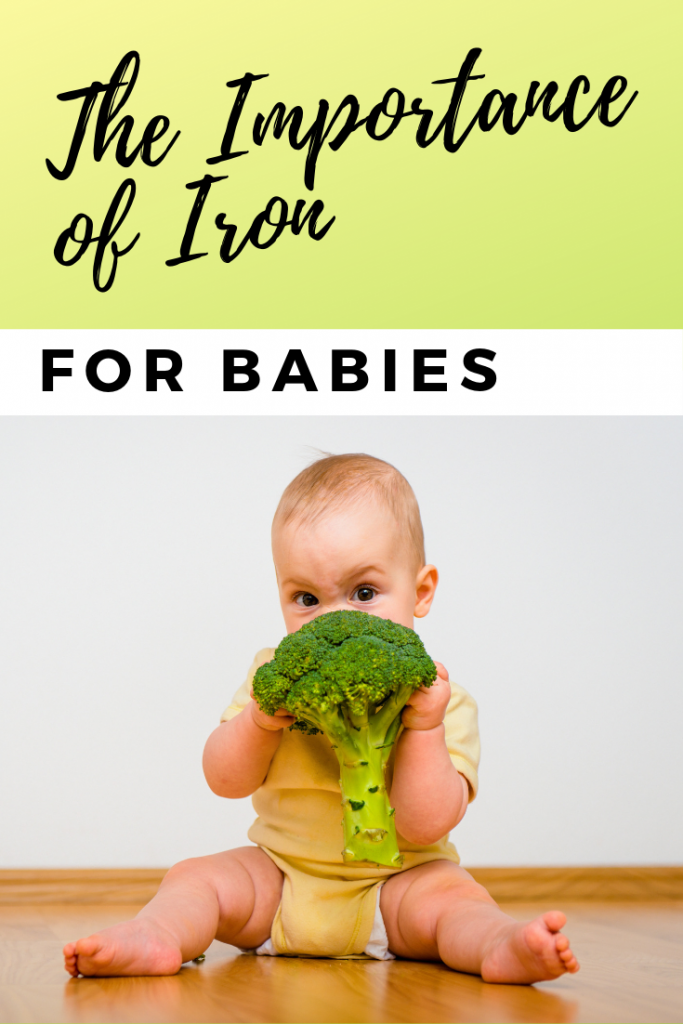